Air quality at school: do I need to worry? 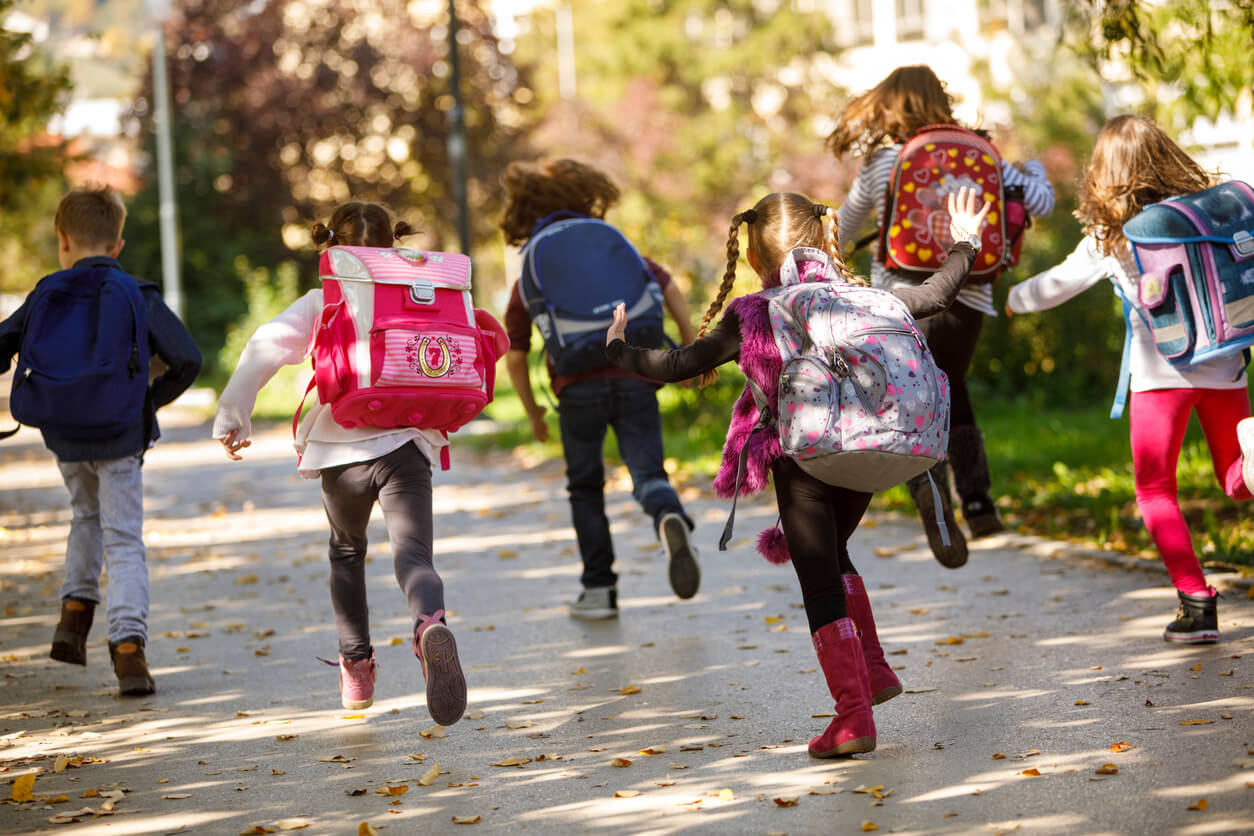 Over the last few months, there have been many worrying press reports about air quality in our schools. Anger is growing among parents, who feel that things cannot go on like this. But is the situation really as serious as some claim? And how can you keep sending your child to school without exposing him/her to toxic gases?

Unhealthy air in two out of three schools

In March this year, Greenpeace published a study conducted in 222 Belgian schools in collaboration with its partners, including the League of Families. From mid-November to mid-December 2017, the organisation measured the concentration of nitrogen dioxide (NO2) using passive samplers. This gas, especially emitted from diesel vehicles, is very dangerous to health. Too much nitrogen dioxide in the air increases the risk of asthma, allergies and diabetes, particularly among children. Furthermore, this gas has a harmful effect on cognitive development.

As a result of these measures, as many as two out of three schools are faced with mediocre to poor air quality. These results are based on a threshold of 20 μg/m3 for air of acceptable quality. Five schools even had concentrations above the European limit value of 40 μg/m3.

Traffic is to blame

According to BuroBlauw, the Dutch agency that conducted the investigation on behalf of Greenpeace, car traffic is the main culprit of air pollution in schools. For example, the overall air quality in urban schools is worse than in rural schools. That said, some rural schools situated on narrow streets lined with tall buildings (“urban canyons”) record higher readings than urban schools, but not in an urban canyon.

Schools are not the only places where children have to deal with polluted air. On the basis of official Flemish data on air quality, the Antwerp action group StRaten-Generaal took stock of the situation in schools, as well as in nurseries, summer day camps and sports fields. This study — which also starts from a limit value of 20 μg/m3 — shows that approximately one third of these places are exposed to poor quality air.

The results of these two studies are staggering. The concentration of nitrogen dioxide is not only high in large urban areas, but also in places where one might expect better air quality. A report by the Pano program on the Flemish channel Éen has allowed Flanders to gain a full understanding of the problem.

In Brussels and Flanders, parents and children have already taken to the streets several times to demonstrate in favour of better air quality in schools. Indeed, more than forty schools were involved in campaigns on the last day of the Easter holidays. Demonstrators blocked the streets and expressed their grievances with respirators and signs bearing slogans such as “I’m suffocating” and “Give me some air”. Tired of the “long, stinking traffic jams” near schools, they encouraged politicians to take responsibility.

Flemish Environment Minister Joke Schauvliege recognises the need for action. In the daily paper De Morgen, she states that “De-dieselisation” and low-emission zones are the best short-term solutions. According to the minister, small-scale and local initiatives are also of great importance. However, action groups consider this to be insufficient. They stress the need for an integrated approach and are of the opinion that locating sensitive sites, such as schools, close to high-volume traffic routes should be stopped.

Determined to take these demands into account, Antwerp is the first Flemish city that will first examine air quality before granting permits for new schools and day-care centres.

Air quality at school: What can I do?

It goes without saying that the air your children breathe depends on the location of the school of your choice. A choice which, unfortunately, will often be limited due to long waiting lists in the city and the small number of schools in villages.

So, what should I do? First of all, avoid making the problem worse, for example, by attempting not to take your children to school. Measurements demonstrate that the air contains less NO2 on days when there are no classes (and when parents leave their car in the garage).

But schools also share some of the responsibility. To better fulfil this responsibility, they could invest in ventilation systems and/or sustainable air-to-air heat pumps, designed not only to heat and cool, but also to purify indoor air.